Lore in Phoenix Point feature information regarding the setting and background that the game is in. In Phoenix Point the player moves through a post-apocalyptic world, among different factions and subfactions, each with their own values, goals, and view of the Pandorans. Through Phoenix Point's diplomacy system the player can choose to work with them, but can also choose to steal what is needed from them, or simply crush them with military might.

Phoenix Point takes place while the Earth has been overrun by the Pandoravirus. A mutating, alien menace threatens the last remnants of mankind. Only the Phoenix Project, a secret organization of the best minds and bravest soldiers left on earth, can repel the invasion and reverse the inevitable.

The Phoenix Project is an independent worldwide organization originally designed to study threats to humankind and be activated when the world was in peril. After the Pandoravirus arose, it rises again to fight the Pandorans and restore balance between the newly settled factions. 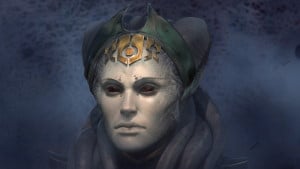 The Disciples of Anu are a religious faction that sees the Pandoravirus as a God-sent way for damnation and purification of humanity. Product of the union of three pre-existing cults, they embrace the mutations of the Pandoravirus, control and weaponize it in their path to help humanity evolve and resurrect their "Dead God", Anu. 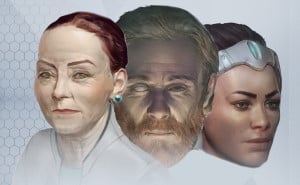 Synedrion are a society of  politically motivated individuals. A democratic faction that groups several movements like socialists, anarchists, marxist and even libertarians that seek to establish a system

New Jericho is an authoritarian, merit-based organization that seek the absolute destruction of the alien ecology. It is commanded by the billionare CEO of a powerful corporation, and have strong policies against mutation, outside threats, and anything that does not accommodate to their vision of human purity.